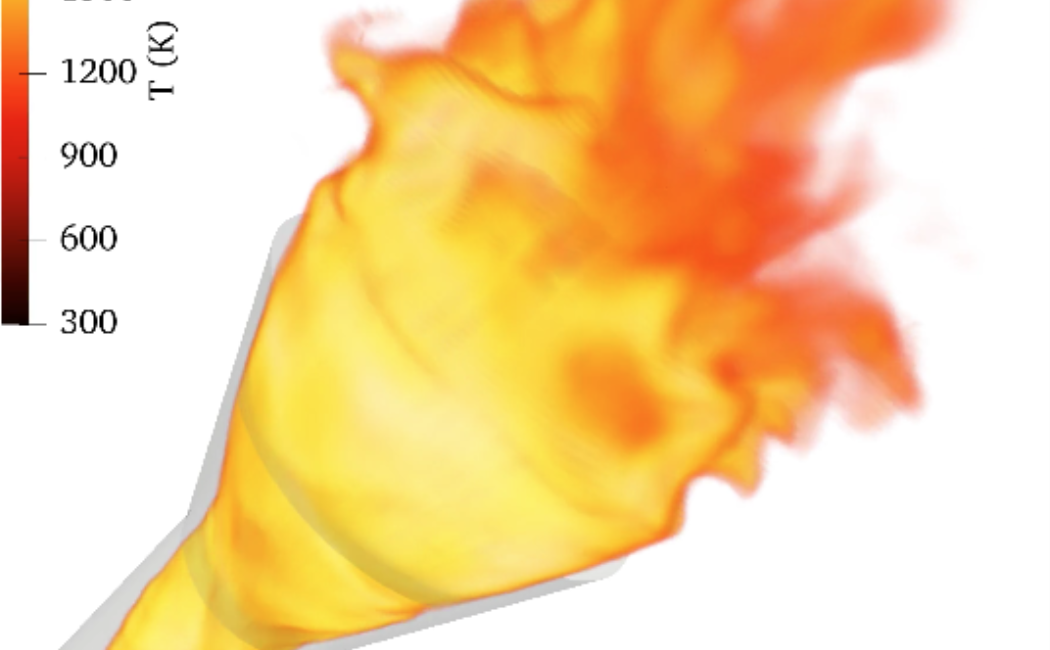 Swirling flows are widely employed to stabilize non-premixed flames in practical combustion devices, particularly gas turbines, industrial burners, and furnaces. To prevent excessive emissions, a design with enhanced mixing and shorten flame is required. Strong swirling flows come with the vortex breakdown phenomenon, generating reverse flows carrying hot combustion products back. It then provides a stable source of heat and active radicals for flame stabilization. The enhanced shear intensity and the expanded length of the curved shear layer promote turbulence production, enhance mixing and entrainment, thus creating favorable conditions for efficient combustion. Due to the flow recirculation and inherent instabilities in both isothermal and reacting swirling flows, the swirling flames are complex in nature. Nevertheless, a detailed understanding of the complex heat and mass transfer processes in the swirling flames is crucial for designing efficient and clean combustion systems.

This project is focused on investigating the transport phenomena and flame stabilization mechanisms in non-premixed and partially premixed turbulent swirling flames. Simulations of a swirl burner, which has been experimentally studied at KAUST, are carried out with large eddy simulation (LES). The target burner has separate and concentric methane and air streams, with methane in the center and the air flow swirled through the tangential inlets. Flame stability of the swirling burner is investigated as the flame approaches towards the lean and rich blow-off limits. In our group, sophisticated turbulent combustion models are developed and validated for turbulent swirling flames in near limit conditions. Specifically, we are working on extensions of the flamelet-based methods to have high fidelity simulations of the complex swirling combustion phenomena. Simulation results are compared against measured data, yielding a generally good agreement on the velocity, temperature, and species mass fraction distributions.

Determination and analysis of coherent structure and vortex breakdown phenomena with varying operating conditions is important in turbulent swirling flames. With different swirl number, flow rate and burner geometry, the phenomena of vortex breakdown and coherent structure as a precessing vortex core (PVC) may occur or not. In our works, the proper orthogonal decomposition (POD)  method is applied to the velocity and progress variable fields to analyze the dominant unsteady flow structure, indicating a coupling between the PVC and the flame. The existence and patterns of these phenomena impose significant effects on the heat and mass transfer processes. We are making efforts on identifying various distinctive regions in the parametric space, and further study the corresponding influence on vortex-flame interaction and flame stabilization of the swirling flames. 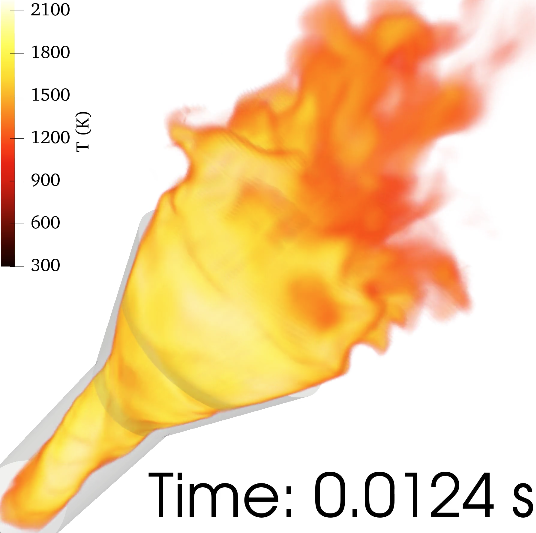